Our staff is trained and knowledgeable in many aspects of the insurance industry. We have been providing auto, home, life, business, and health insurance to the Zanesville area for nearly 40 years. 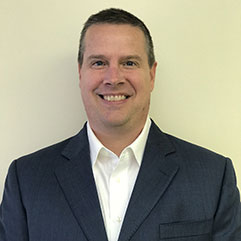 Jim Jr. has been serving the Zanesville area as an Independent Agent for the last 32 years. He is a graduate of West Muskingum High School and received his Bachelors of Business degree from Ohio University. Jim began his insurance career in July of 1990 and began working at the McInturf Insurance Agency in November of the same year. He then purchased the business in 2014. Jim is on the board of directors for the Zanesville Muskingum County Chamber of Commerce, a current board member for Goodwill Industries, a member of the Chairman’s Advisory Committee at Medical Benefits Mutual, and was a Past President for the Zanesville Association of Life Underwriters. He has served on many boards in the community, including the Muskingum Family YMCA, United Way of Muskingum, Perry, and Morgan Counties, and the Arsenal Soccer Club. Jim is a former Varsity head coach for the West Muskingum High School boys’ and girls’ soccer teams and a member of Trinity Evangelical Lutheran Church. Jim and his wife, Jennifer, currently live in Zanesville and have three children, Sarah, Libby, and Leah and two grandchildren. In his free time, Jim enjoys exercising and watching Ohio sports, most notably THE Ohio State Buckeyes. 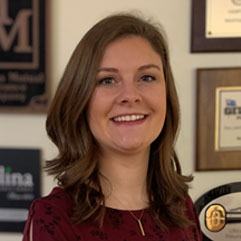 Sarah McInturf Linn is a graduate of West Muskingum High School and Ohio University. Sarah started working for the agency in 2014. She specializes in Health, Life, and Disability Insurance, in particular assisting clients with Medicare and individual medical plans (Obamacare). Sarah is the former President of the Zanesville Kiwanis Club, former board President of the Convention & Visitors Bureau, council member of the Muskingum County Community Foundation, board member of Muskingum County’s Emerging Leaders, former ''Big Sister'' for Big Brothers Big Sisters, member of BNI, member of Trinity Evangelical Lutheran Church, and an alumni of Leadership Muskingum. In 2018, Sarah was recognized as a Women of Achievement in Muskingum County. Sarah currently resides in Zanesville with her husband, Ryan, daughters Cecilia and Penelope, and black lab, Nora. 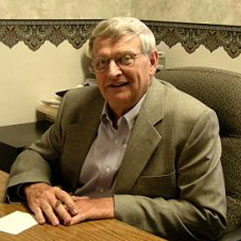 Jim Sr. founded McInturf Insurance in November of 1975. He is a graduate of Ohio University and has over 43 years of experience as an Independent Agent where he specializes in property liability insurance. Jim has also developed a niche in working with business owners and construction contractors. He is a member of Zanesville Rotary where he serves as Sargent of Arms and was Rotarian of the Year in 2013. He and his wife, Sally, have been married for 49 years, have three children and eight grandchildren. Jim is also the past President of the Board at Goodwill Industries and has served on various boards throughout the community, including Trinity Evangelical Lutheran Church. Jim is an avid sports fan, especially of the Ohio State Buckeyes and the Cleveland Browns, Indians and Cavaliers. 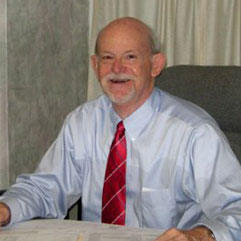 John Pattison is a Zanesville native and has spent the last 30 years as an Independent Insurance Agent in Zanesville. Prior to that, he spent 16 years in the discount retail store business. He and his wife of 48 years, Connie, have 2 sons and 1 daughter. They are the grandparents of 5 grandsons. They feel they are very fortunate that all of their children and grandchildren live in the Zanesville area.

John is an experienced commercial and personal lines agent. John has specialized in handling contractors, understanding the intricacies of the contractor’s world of subcontractors, certificates of insurance, contracts and contract surety bonds. He is currently serving on the Hastings Mutual Insurance Co. Agent's Advisory Council.

John's past and current community service contributes to making Zanesville a great place to live and raise a family. 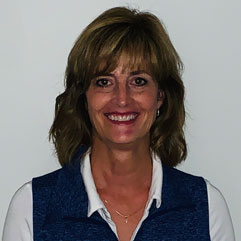 Nancy is originally from Cincinnati and a graduate of Xavier University with a Bachelor of Science in Business Administration. She began her career as Director of Media for Blue Bell Ice Cream in Brenham, Texas where she coordinated the purchasing of radio, television and billboard advertising for over 250 radio and television stations in 5 states and 25 cities. After taking time off to raise her children, she found her niche helping Medicare aged individuals determine what best fits their insurance needs through Medicare Advantage Plans, Medicare Supplements, and/or Part D plans. She has been a licensed agent with McInturf Insurance Group since 2014, serving the Medicare population in Muskingum, Guernsey, Perry, and surrounding counties.

She has been a resident of Zanesville for 21 years with her husband, Tim. They have two daughters and two grandchildren. In her spare time, she loves to garden, paint, and spend time with her family. 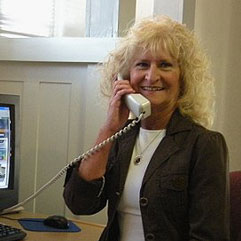 Joyce started her career as a customer service representative in 1979 at the McInturf Insurance Agency. She then became a licensed property and casualty agent in 1984. Joyce has one son, one daughter, and four granddaughters. In her spare time, Joyce enjoys golfing and going for walks. Her favorite place to vacation is Nashville and enjoys shopping at Easton. 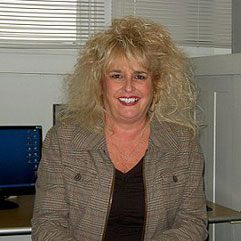 Mickey has been a customer service representative since 1980 at the McInturf Insurance Agency and continues her career at the McInturf Insurance Group. Mickey has been married to Donald Seevers for 16 years. She has a son, Brady, and a daughter-in-law, Allison, and is the proud grandparent to baby Mack. Mickey enjoys reading and shopping, and loves to vacation to Myrtle Beach in the fall. 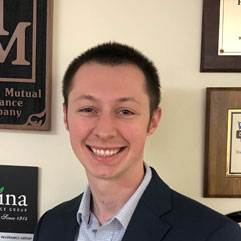 Matt Howard is a graduate of Zanesville High School and Ohio University. Matt started working for the agency in 2019 obtaining his license in property and casualty, which allows him to work with you on your home, auto, and commercial insurance needs. Matt is a current member of the Zanesville Kiwanis Club, the Duncan Falls Philo Business Association, and the Muskingum County Emerging Leaders. Matt currently resides in Duncan Falls with his wife Cady.
Join Our Team